CREATE A LIFE IN WHICH YOU THRIVE, NOT JUST SURVIVE

Women are
taking a stand for a more
sustainable, supportive way
of living – a feminine super
powered way –

and you are invited!

For as hard as you work, as much as you do, and as capable as you are
Why is it that you rarely feel like you have enough time, money, or space?
Why you crave balance, but always feel busy and depleted?
Why do you love giving to others, but you can’t give to yourself (without guilt)?


You are a 21st Century Super Woman who’s been taught that good women give, powerful women can do anything and smart women succeed, so you feel pressured to do and take care of everything… perfectly… now and at the same time.

So you keep pushing, giving, working, doing, until you feel like ‘you’ve made it,’ ‘have done enough,’ or ‘have given enough’ – but that day or feeling never comes, and so you never stop long enough to fill yourself up. And while you try to take care of yourself, the green drinks, downward dogs and the new planning systems just aren’t cutting it … you are still trapped in your busy, overwhelming life. Why?

Your internal operating system is running on a program called : OVER drawn. Like a bank that only gives withdrawls but doesn’t take in deposits, you can’t help but deplete your emotional, physical, mental and spiritual bank accounts, give more to others – to work, to family, to partners, to friends – far more than you have to give.

You are not in balance because your personal accounts are OVER BALANCE!

And it’s not your fault. This is how you’ve been programmed to operate, like an energizer bunny on speed, but you know, and we know that this way is not sustainable. It’s not supportive. And frankly living this way isnt’ making women happy – it’s making us sick and tired, literally. Did you know that 1 in 4 women will die of heart disease… and it’s not because of the french fries, it’s because of the stress – society induced and self induced! 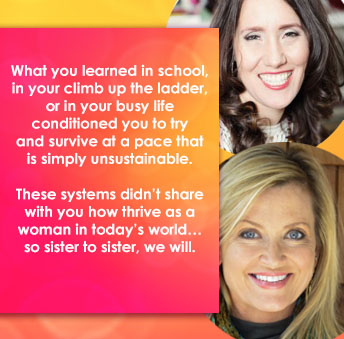 You are invited to join us and women around the globe, in sisterhood to make a change in how we ‘do’ our lives…

More time & space… for you
Achieve your dreams… without depleting yourself.
Give to the things you love… and receive what you need, without guilt.

Be Successful and Peaceful.

Be an Achiever and a Receiver!

Join us and other recovering super women ready to stage a revolt and reclaim the Feminine Super Powered way of living!

We are two recovering super women, who have touched and guided together over 25 million women over the past two decades through the real, practical and simple but VERY mighty “Feminine Super Powers” – Ancient ways adapted for a new world that have allowed us to create lives that sustain and support us while we give our great work, take care of our families and take care of our most important asset – ourselves. And this summer, we’d love to share these Feminine Super Powers with you.

Don’t spend another moment trying to do it alone.
Join us for an empowering and enlightening virtual gathering of women
3 Keys for Creating a Life in which you Thrive, Not Just Survive.

This gathering is about FILLING YOU UP, come and receive…

Wouldn’t you love to wake up in the morning feeling vibrant, refreshed and full of energy, able to do what you love, take care of the people you love, without exhausting your energy tank, depleting your emotional bank, or feeling guilty or stressed out because you haven’t done enough?

PLUS! When you register we will send you this simple but mighty assessment – “AM I OVERGIVING?” to help you determine in what ways you are giving more to others in detriment to yourself. 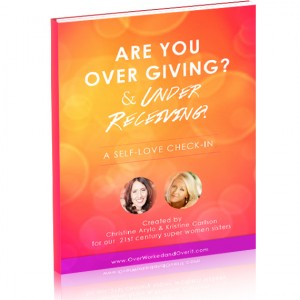 About Your Feminine Super Power Guides 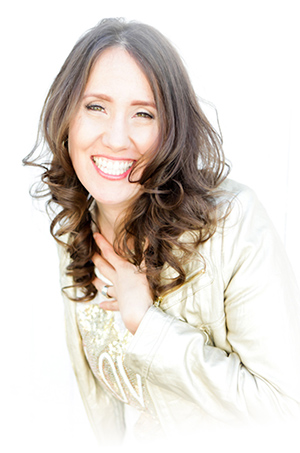 Christine Arylo is a transformational teacher and internationally recognized speaker and author. After earning her MBA from Kellogg and climbing the corporate ladder for fifteen years marketing big brands like The Gap and Frito-Lay, she chose to devote her life to creating a new reality for women and girls, one based on self-love and true feminine power instead of the relentless pursuit of having to do, be and have it all.

She is the author of two best-selling books, Choosing ME before WE and Madly in Love With Me, The Daring Adventure to Becoming Your Own Best Friend, the co-founder of a virtual school for women called Inner Mean Girl Reform School which has helped over 23,000 women on 6 continents transform their inner critics, and the founder of the international day of self-love, February 13th (put it on your calendar), which in the past three years has helped host over 2000 self-empowering events for girls and women in 31 countries. Christine has been featured on CBS, ABC, FOX, WGN, E!, in the Huffington Post, and on radio shows, spas, conferences and stages around the world, including TEDx. Her dedication earned her the affectionate title, ‘The Queen of Self-Love.’

Christine started her spiritual journey over twelve years ago after she realized that while she had it all on the outside, she was bankrupt on the inside. She’s studied many spiritual traditions with master esoteric and mystical teachers, and has been initiated as a priestess in an ancient divine feminine tradition, from which the Feminine Super Powers were born.

She normally lives in Northern California with her partner, Noah, but a year and a half ago, they sold their house to live their dream of living, working and speaking and teaching from anywhere in the world. This summer they will head to Italy where Christine will receive her life long dream of living and loving and working from Italy.

For more on Christine Arylo go to www.ChristineArylo.com

“Christine Arylo takes the illusive task of learning to love yourself and turns it into a concrete, how-to, doable path that anyone can master.” 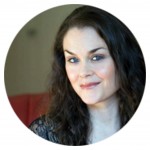 “Christine reminds us that loving ourselves is not just a crucial individual act for the quality of our own lives but a radical act of social change for women and girls everywhere.” 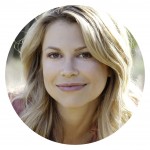 “Christine Arylo teaches the essential practice of self-love in a way that is deeply healing, profoundly transformational, absolutely brilliant and fun!

She can show you how to free yourself from beliefs and patterns that may be sabotaging your life and crack your heart open to infinite, unconditional love.” 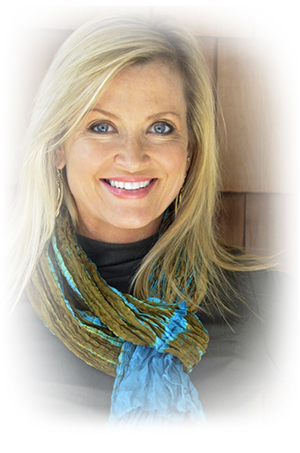 An unyielding believer of living in the moment and finding happiness in life, Kris has been featured on national radio and television broadcasts, including: The Today Show, Empowered Living Radio, The View, and The Oprah Winfrey Show. Her most recent book, Don’t Sweat the Small Stuff for Moms, which she wrote after having been just about every kind of mother – young mother, married mother, single mother, grandmother –has become a handbook for super women everywhere.

Kris has been a student of ancient spiritual traditions for over thirty years, including deep training in the mystical teachings of the divine feminine. Her friends call her the Queen of Inner Peace because of her natural ability to find calm and joy in the midst of both the big stuff and the small stuff. She is deeply committed to being part of a sisterhood of women, supporting women to re-invent themselves and their lives no matter what life brings.

For more on Kristine Carlson go to www.KristineCarlson.com 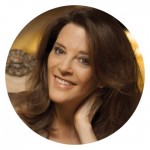 Kris Carlson teaches with an understanding heart and a penetrating wisdom born of her own experience.

Like her late husband Richard, hers is a gentle soul backed by a transcendent fire. 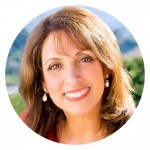 Kristine Carlson shows what it means to live an empowered life with immeasurable strength and love.

Kristine provides women with sage advice on how we can juggle our careers, families, home lives—and take care of ourselves.

Thank you, Kristine for your wonderful words of wisdom!

“I saw a bumper sticker that said:

Doesn’t that say it all?
Where do we women get the idea that we have to be perfect
and do everything with the gusto and grace of Wonder Woman?

There’s no harm in giving everything you do the best you have to offer, but when your expectations are too high and your head hurts or your hair feels as though it could fall out, you need to consider wishing the Wonder Woman in you goodbye!”

SUPER WOMAN ALERT! Kris wrote that quote in 2001 – over 13 years ago. This Super Woman Syndrome is not a new problem women face, but the solutions you’ve and most women have been trying are not working, clearly. We have both found in our personal lives and our work with women around the world, that the only way to make a shift is using the ancient ways applied to this new world – feminine ways -that offer us the solutions that work. Join us this summer as we share, and stand with you shoulder to shoulder, in sisterhood, to make this new soul-sustainable world now, for ourselves and our children.

JOIN US THIS SUMMER … TAKE A STAND FOR A MORE SUSTAINABLE, SUPPORTIVE, SELF-LOVING WAY OF LIVING… For yourself and every woman and girl you know.

JOIN US FOR THIS FEMININE REVOLUTION!

Share and invite the women you know to join you and us as we take stand for a more sustainable, supportive, self-loving way of living.

Connect with me here

Listen to All Podcasts

We're not around right now. But you can send us an email and we'll get back to you, asap.